“I could not recommend The Schatten Group any more highly for any person or company looking for a solid person to move you and your company forward, to motivate you and encourage you to become the best person/company you can be.” 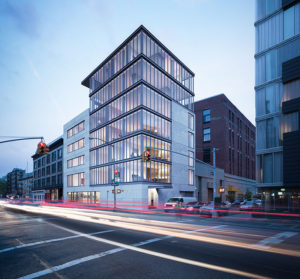 “I have been lucky in my life and why – because over 20 years ago – I had the privilege of meeting someone who would change my life in ways I could have never imagined.    That person was Alan Schatten, Founder of TSG.

Several years earlier, I had started my own business in the fashion industry.  The company represented multiple young contemporary designers marketing their designs to high end boutiques nationally.   Product lines included sportswear, dresses, knitwear and accessories.  The network developed during that time was leveraged further and I began producing fashion trade shows in New York City at the Hotel Intercontinental.

It was at this time that I was introduced to Alan Schatten as I had outgrown my current accountant.   My business was starting to grow and I felt that I needed a more sophisticated business advisor.   Alan became that person.  I was very impressed during the interview as Alan not only spoke to the financial viability and possibilities of the business, but discussed ways to improve operations.  He became integral to the financial health of the company, guiding me to continued growth year after year.

In 1996, with The Schatten Group on my team, I started another business in a new industry with a partner that I met from the fashion industry.  That business was an internet company specializing in live streaming and tech consulting.   The dot.com movement was on the rise and my business was rising right along with it.   The members of the TSG team continued as integral advisors and consultants within that company.   Realizing the degree to which Alan had become a key person within my businesses by taking on more responsibility, I hired Alan as my Chief Financial Officer and Chief of Operations.   At that point I was running both companies with Alan.   Both businesses were thriving with growth in not only sales and income, but profitability as well.  I had two healthy companies operating smoothly.   Employees were loyal and happy, and we worked together to add to the management team, staff, systems, and bottom line.

In 1998, we had an opportunity to sell my fashion trade show business to a significantly larger trade show competitor.  That competitor was entrenched in the lower end product category, and this was their opportunity to capture a higher end market.   We were a natural acquisition play.   Alan and I navigated that sale successfully through rigorous due diligence and contract negotiations.

During the same period, our tech business continued to evolve and our brand became more distinctive. We gained the notice of multiple companies in our industry as well as in other industries that were looking to break into the tech space.   The Schatten Group turned these opportunities into beneficial deals, negotiating several significant strategic partnerships that enriched our business and branding footprint.   Many of these deals also created other product and service offerings for new and existing clients.  Profits continued to escalate.

In 1999, with Alan’s help, we took the initiative in determining how to move the business forward within the ever evolving tech space.   We needed to decide whether to go public or be acquired. The Schatten Group worked tirelessly identifying suitable acquisition partners or an appropriate company to take us public.  It was a heady time, as TSG handled the due diligence, financial assessment and analysis amongst the myriad varieties of deal options.  Finally in 2000, they achieved the somewhat impossible; negotiating a sale that was far superior to most of the tech deals happening at the time.

Several years later, I re-invented myself with a career in real estate.  I am now at Compass with a team of eight people working in residential sales, investment sales and new development in Manhattan and Brooklyn.   Over time I have been involved in $750 million worth of sales with already over $350 million in the development pipeline for 2018.   I have worked on such development projects as Jean Nouvel 100 Eleventh Avenue, Neil Denari 519 West 23rd St., Alloy’s 459 West 18th St. and Tadao Ando’s 152 Elizabeth St.

Since 2002 — as I progressed so has the role TSG has taken as my management consultant.   Their approach is holistic – running thru all the facets of the business and creating the proper modeling and systems for achieving and surpassing goals.    They are instrumental in both new business development and operational strategy.   Alan has become more than a valued business associate (who acts like a true partner)  – he has become a loyal friend.

I could not recommend The Schatten Group any more highly for any person or company looking for a solid person to move you and your company forward, to motivate you and encourage you to become the best person/company you can be.”