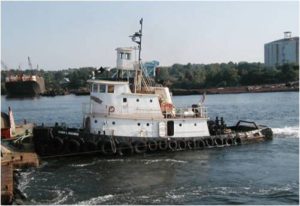 “The Schatten Group was a key member of my management team.”

“The primary contributor to my success was the team I built.  My objective was always to find the best people for each position, to make sure they knew what was expected of them, and to let them do their jobs.  Accountability was a hallmark of Roehrig Maritime and we had what was recognized as the best team in the industry.  The Schatten Group was a key member of my management team.

The Maritime Industry in New York was dominated by established companies that served the New York market for decades and in some cases over a century.  Many new companies came on the scene and they inevitably either failed or hit a very low ceiling of growth.  I saw an opportunity in the marketplace for an entrepreneurial company that offe 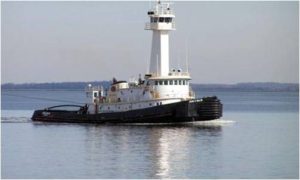 red a higher level of service and reliability than what was currently offered in the marketplace.

With a second mortgage on my parent’s house in 1991, I purchased my first vessel and I was on my way.  Through quality service and building relationships, we quickly grew to the point where we needed another vessel.  I also reached the point where I could no longer be a Tugboat Captain.  I had to give up steering the vessel to become a full-time business person.  We experienced tremendous growth over the years and The Schatten Group was there every step of the way.

Alan Schatten took on the role of my outsourced Chief Financial Officer.  Under his stewardship, we rewrote the book on Marine Financing and could rapidly grow our fleet, to the amazement of both our customers and our competitors.  Along the way, we continued to bring on the best people and our service continued to excel.  Cash flow was always an issue but The Schatten Group always had solutions so we could continue to grow without missing a beat.

Ultimately, at 48 years old, I decided to sell my Company and it was one of the best decisions I ever made.  The Schatten Group was by my side and Alan Schatten was the lead person on my deal team.  The transaction proceeded flawlessly and was completed faster than anyone, except me, imagined.  I couldn’t have been happier with how the process unfolded and the ultimate result.

Over the years, we had to make many bold moves and had to take big decisions.  I always got maximum input from my team and ultimately made the decision I thought was best for the Company.  The Schatten Group was a key member of that team, always having input into key strategic and tactical decisions.  When it came time to make the biggest decision, whether the time was right to sell my Company, I worked closely with my advisors and The Schatten Group to make sure I made the best decision.”